Did you see the picture above? Do you remember this phone?

The rock solid phone “Nokia 3310” is back to the life in a new avatar.

Nokia recently launched the new version of its iconic device 3310 at Mobile World Congress 2017 in Barcelona on 26 February 2017. Since its re-launch, the phone has gained a lot of popularity among different media channels, social media and other platforms.

Nokia 3310 is a feature phone, not a smartphone. So it does not have fancy apps, Gigabytes of internal memory, RAM or modern era processor. But still, it’s a good phone for:

I know these features are nothing if you compare them to a smartphone’s feature. But if you are looking for a basic phone then these features might grab your attention.
The new Nokia 3310 will be available all over the world in the 2nd quarter of 2017, with a price of $52 (around Rs3,480).

The old Nokia 3310 was first launched 17 years ago in September 2000, almost 126 million phones were sold by Nokia. It was a solid phone, loved by people all over the world. The 3310 is still known for being reasonably durable due to its strong casing. The battery of the phone lasted for several days. People loved playing, the classic snake game on Nokia 3310.

Old Nokia 3310 used Monochrome display, 84*48 px. It had many features like calculator, threaded messaging, stop watch that were not available in other phones in that time. The device had four games: Snake II, Pairs II, Space Impact and Bantumi. Later in 2005, Nokia stopped producing this device.

What do you think about the new Nokia 3310? Does it have the capability to survive in the smartphone era? Do you like its features? Would you like to buy it? Let me know in the comments box.

Related Articles
We will be happy to hear your thoughts 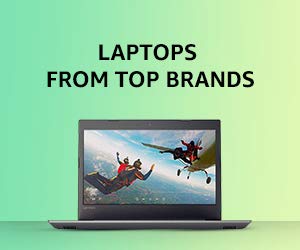 10% Extra OFF
Amazon
GET THE DEAL